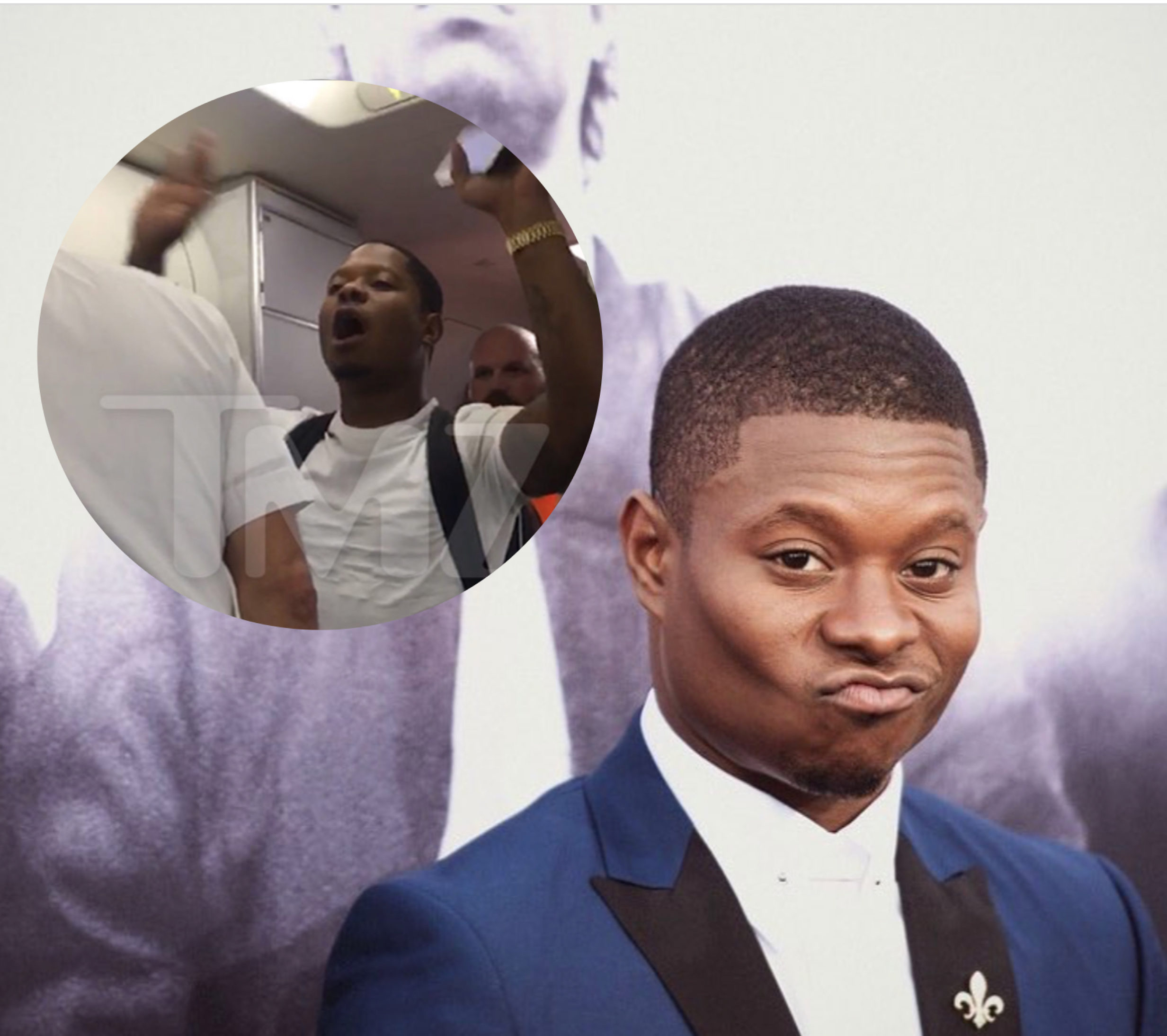 Another “Straight Outta Compton” star is in the news after he was videoed going off on Delta flight attendant. Earlier this week, Suge Knight’s character was jailed for a restaurant fight and terroristic threats.

A passenger took a video of Jason Mitchell, who plays Eazy-E in the film, going off after finding out that the airline had double booked his first class ticket. Apparently, the other guy was able to secure his seat and Mitchell was asked to sit in the back.

In the video you can see him yelling “f*** you” to a flight attendant who was on the phone most likely to call authorities because word is he was cuffed for the incident. The airline declined to press any charges.