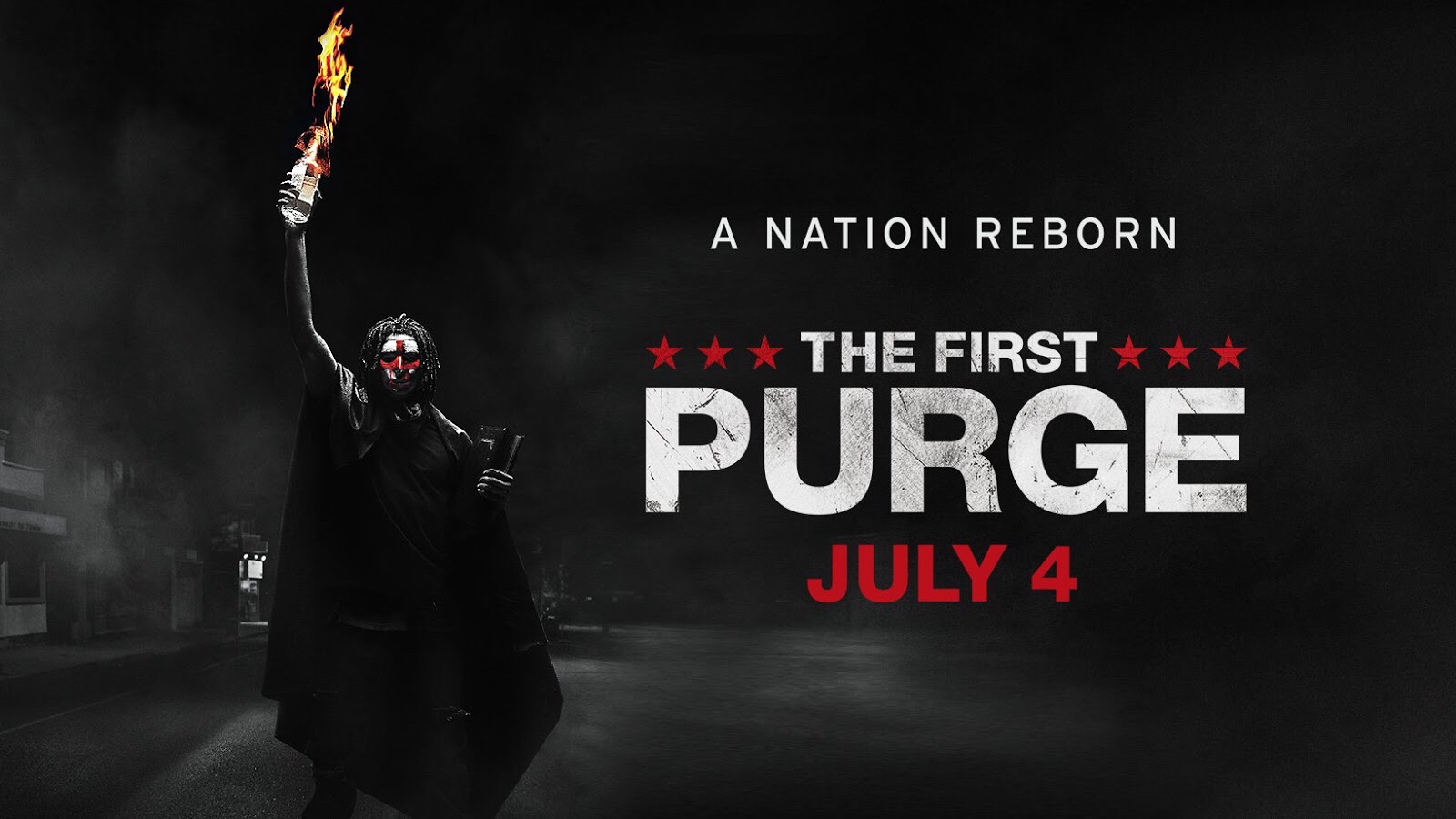 So I finally had the chance to see The First Purge. I must say it’s a good movie. A lot of action and I was always jumping. Now that I think about it I jumped a lot I was even hitting the person next to me. Hope they aight. Anyway, before I get sidetracked. I do feel a certain kind of way about the film though.

Well before I go there. I will say I do feel like the world we are living in now. Along with who we have running our country and the brutal crimes we have been witnessing. The United States is slowly living The Purge life. It’s sad and it’s scary.

Now back to the regularly scheduled program. I’m wondering if the film is telling us that black people started The Purge. That’s how I felt and I was really bothered by that concept. Not sure how many others felt that way-(leave your comments below).

Again, I really enjoyed the film and my night. I look forward to many more nights out to see a good movie, chicken tenders, slushies, and skittles.

Ooooooo before I go I have to give a huge shout to the cast:

Y’lan Noel- amazing job. I don’t recall seeing you in anything before. I know I’m horrible at least I’m honest. But when you play in another film. I will go see it just because of how well you did in this film.

Jermel Howard- as always you play your role so well. From Brains on Power, Season 4-Orange Is The New Black-The First Purge- from television to film. You always give your all and its so natural. You know whatever you play in. I’m down!

Lex Scott Davis- ❤️ I loved you in Superfly so when I found out you were in this. I was like I’m there rain, sleet or snow. I’m going to go see her. As always you did the damn thing.

Congrats to the entire cast.

Next stop Equalizer 2. You ready? 😉

The Original Juicy Fruit Tawatha Agee’s Is Back!!!