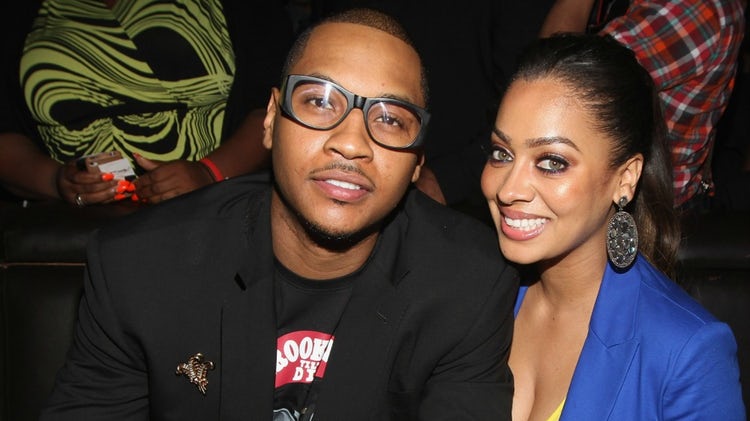 News hit the blogs yesterday about Carmelo Anthony and La La being separated. However, the reason was a bit unclear. The word on the street was that Melo’s unsuccessful NBA season with the New York Knicks was stressing him out and had taken a toll on his marriage. But now news breaks out that he actually got a stripper pregnant and had moved into a condo without La La and son Kiyan. Now we don’t know how true this is so we will continue to keep you guys updated. I mean who knows this could all just be talk.