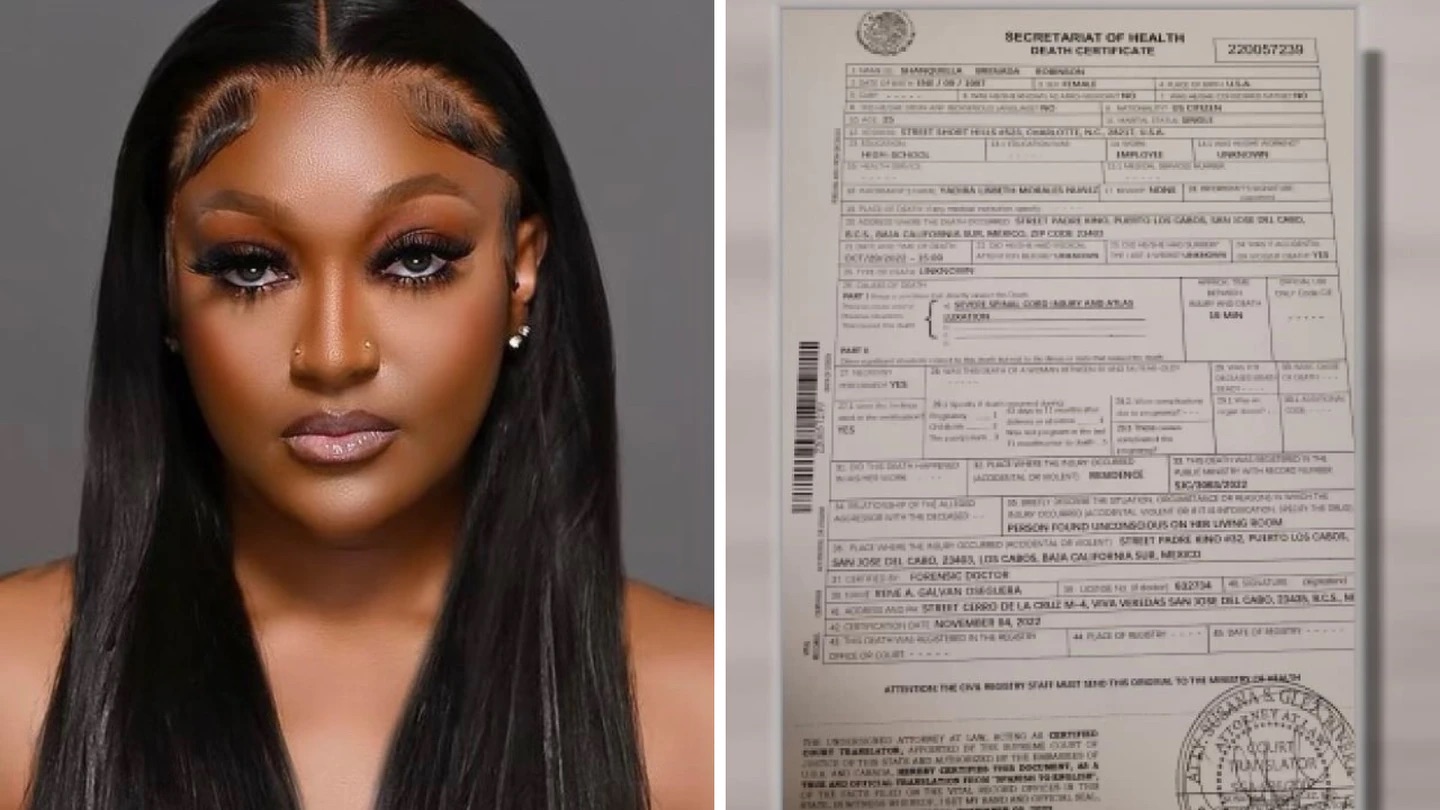 New details have emerged surrounding Shanquella Robinson’s death. If you recall we reported that she went to Cabo with friends and got beaten to death by her group of friends.

It is now revealed that the poor girl was alive for at least 3 hours when medical officials arrived. The Charlotte Observer obtained excerpts from a police report earlier this week that had not yet been publicly released. The report also differs from the official death certificate.

The report differs from details previously reported from 25-year-old Robinson’s death certificate that said she died within 15 minutes of being injured. Instead, a police report excerpt shows a doctor from a local hospital was with Robinson and others in the house for close to three hours before she was pronounced dead.

Scary stuff here! Do we have a lawsuit in our hands?

Related Topics:Shanquella Robinson
Up Next