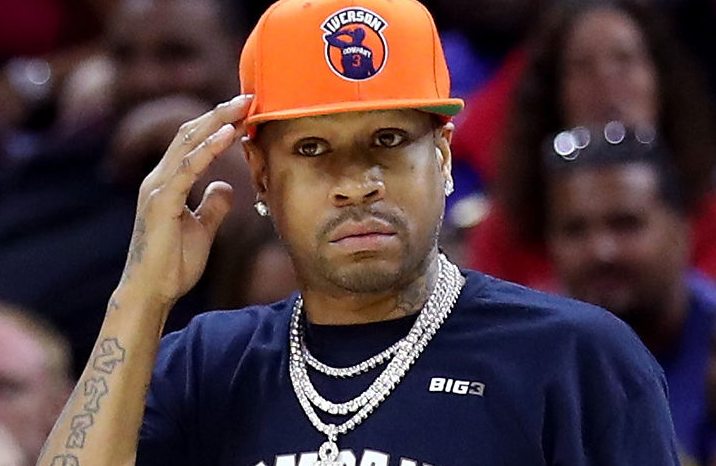 Allen Iverson has been suspended from his next Big3 game. We recently reported that AI was under Investigation by the league after he was spotted having fun at a casino and restaurant in Chicago when he was suppose to be with his team 3’s Company at a game in Dallas. He has only played in three of his team’s six games and will miss this weekend’s stop in Lexington, KY. As if he cares about getting suspended! I mean who would care about that when they didn’t care to show up in the first place. However, AI released a statement 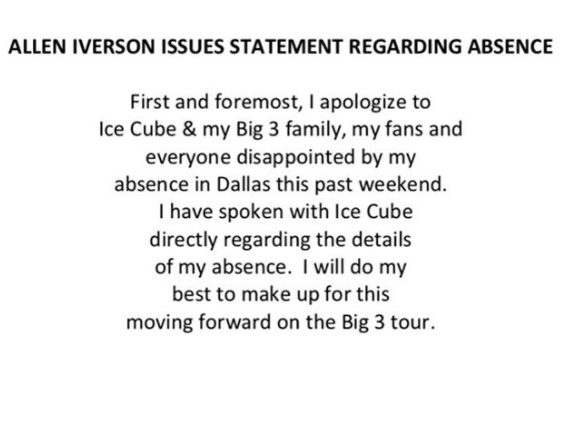 “Well, we talked about holding up the legitimacy of the league and he knows that him not showing up hurts us,” the entertainer said in a conference call Wednesday, per For the Win’s Adi Joseph. “Who’s happy to be suspended? Nobody. But he understands that it’s a necessary step in the development of the Big3 who don’t believe what we’re doing and what we’re going to do in the future. Our league is bigger than one man, and we’ve got Hall-of-Famers, champions, all-stars, first-round picks, and we have to think about them. He understands that.

“We don’t want to be a league of nostalgia and not a league of competitive basketball,” he continued. “Just with the names we have, nostalgia comes with it. But getting these guys to play hard is key.”

Iverson will be allowed back for the Big3’s regular season finale Aug. 13 in Los Angeles. The top four teams in the eight-team league then advance to the playoffs (3’s Company currently sits in a tie for fifth place at 2-4).